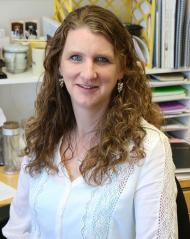 We are interested in understanding the onset and maintenance of androgen synthesis in developing male gonads. The androgens produced by the developing testis are absolutely essential for development of the male reproductive tract, secondary sex organs, and a masculinized brain. Thus, any factors that disrupt androgen synthesis during this vulnerable stage of development can wreak havoc on the physiology and psychology of affected male individuals. We currently focus on regulation and activity of an essential transcription factor that controls expression of the conversion enzymes within the steroidogenesis pathway, steroidogenic factor 1 (SF1). Approximately midway through gestation in the mouse, SF1 expression is substantially upregulated within the developing testis corresponding to the onset of androgen synthesis. Steroid synthesis within fetal testes occurs within specialized cells called fetal Leydig cells. To understand the biology behind these cells, we take advantage of genetically modified mice to identify important mediators and signaling pathways required for steroidogenesis and SF1 action.