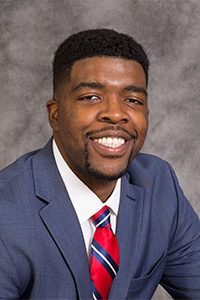 Folagbayi (Fola) Arowolo (x ’20, Shanmuganayagam Lab) has been affiliated with the Tox Center since 2012, when he worked in the lab of Dr. Jess Reed for the MET-SROP. Having just completed his six-month meeting, he is preparing to defend in May. In April, Fola was inducted in the prestigious UW-Madison chapter of the Edward A. Bouchet Graduate Honor Society. He described his induction and other things science with Mark Marohl.

A naturally curious individual, Folagbayi (Fola) Arowolo was first interested in attending medical school before he became involved in research through SROP opportunities. In fact, Fola attended the MET-SROP for two summers (2012 & 2013), where he worked to identify natural anti-fungal compounds to slow food-rot in-transit. He then came to MET for graduate study, where he currently looks at oxidized lipids, which are very common in the cooking methods of the Western diet, and examines its effects on gastrointestinal immunity, chronic disease, and the overall immune system.

Fola was inducted into the Edward Alexander Bouchet Graduate Honor Society on April 02, 2019. The Bouchet Society highlights scholars across discipline that embody the “CLASS” traits (character, leadership, advocacy, scholarship, and service) of Dr. Edward Bouchet, who was the first Black physicist from Yale to graduate with a PHD. His legacy established the honor to recognize scholars from similar demographics and across disciplines.

Fola applied after he reviewed previous inductees and admired their high achievements. He wanted to network with a group that inspired not only one’s work in academia, but also whole communities. Fola was further persuaded to apply because the graduate school obstacles he has faced were similar to those who had been inducted previously.

Upon receipt of entry, Fola was excited by how he was able to hear stories, both here and at the national induction ceremony at Yale, from people who, despite challenges, maintained their academic fervor and persevered to achieve new heights in research. At Yale, his favorite moment was presenting the work that he and eight other MET students had done in preparing a toxicology curriculum for students in Sierra Leone through Project 1808. The project provided Fola the opportunity to recognize the public health issues that occur in developing countries and provide those citizens with the knowledge to confront and / or remediate these challenges. His poster was well received and encourages him to push forward.

Fola plans to graduate by May and is currently looking for positions where he could work towards optimizing personalized medicine to identify / develop non-invasive biomarkers for disease, either in a traditional postdoctoral lab or in a clinical setting. If this is something that you have openings for, please reach out to him.